My spoiler free review of ZOMBIELAND

It's AWESOME, go see it.

In fact is its so AWESOME for the next month I'll be attempting to use Woody Harrelson's character's catch phrase "Time to nut up, or shut up" as often as I can when I post.

For those overseas readers who think Australia is some tropical paradise I would reveal as well as having some of the most venomous spiders, snakes and jellyfish in the world we also have to wait until 3 DECEMBER to see this excellent training film.

In other Zombie media news the boys and girls over at Dreadcentral report that AMC is to get one of my favorite we_don't_spare_on_the_despair directors Frank Darabont of the movie 'The Mist' to write and produce a screen version of Robert Kirkman's The Walking Dead. A excellent comix about life after the Zombie Apocalypse. It's not just the zombie slayage I come for but for the conversations, like this one. 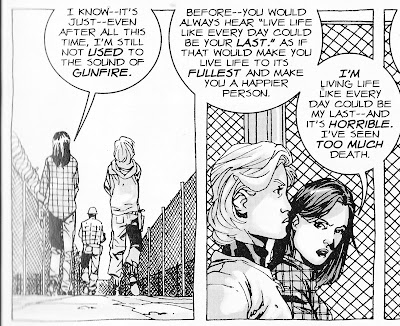 But if you though McCarthy's The Road was bleak.. then this may not be for you.
Posted by Unknown at 1:41 PM