I don't have a cool reason like Flintheart, who posts so that his children have a record of their time growing up. I don't have a blog to satisify an army of minions ready to be unleashed upon the net to do my bidding like Birmo and his cheeseburgers, nor am I an awesome weaver of tales like lovely Ms Jenniki or her mischievous brother Loki.

So why should I blog?

It's a feeling of responsibility, that in return for all that I get from reading everyones thoughts, considered opinions, structured arguments, rants, expositions and tales I need to contribute something as well. Which in my case is alerting all the to the dangers of the zombieapocalypse. Here is a quick round up.

It's official. Galaxy 15 is a Zombiesat.
What chance do we have, not only do undead walk, but now they have their own satellite and I read it that could block the signal from another communication satellite for a two week period in late May, perhaps interrupting the final episode of Lost. I hope Jenniki's zombie plan included that contingency.

Apparel
I think I have found my next T-shirt

FEED
Thanks to a recommendation from the ever brilliant Orin I am keenly awaiting a great Zombie novel just released called FEED. When I read that the author Mira Grant is a serious virology nut whose dinner conversations include 'guess what I learned about MRSA today' and she sleeps with machete under her pillow, you know just in case -I am seriously excited about this novel.

Not Happy
I am less impressed to discover the novel Brains: A zombie Memoir by Robert Becker has a protagonist who is a zombie who can think. As if that wasn't band enough he went and named him Barnes. Colour me less than impressed. (Zombie Island by David Wellington did the zombie who thinks first and better)

Dead Winter
A excellent webcomic that Flinthart found and passed on to me. It's a character driven piece where you are really interested in the characters, not just waiting to see how they stuff up and die. FH says it's a good story even without zombies, ZED is just the icing on the cake. For me ZED is the icing, the sponge, the jam layer and the plate.

I worked out why I like Star Gate Universe SGU 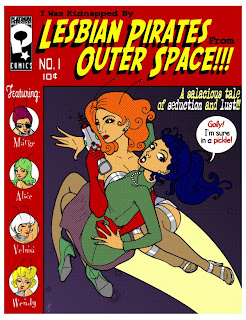 There has been much posting over at Cheeseburger and the learned Mr Boylan's blog about the new stargate series. I was a fan as soon as I heard there were space lesbians. And as an aside isn't everything good automatically made better when space is added to it. For example Lesbians - already awesome, make it SPACE LESBIANS and is like awesome raised to the ninth power.


So that aside and really Mr Boylan makes a beautifully and well crafted argument for the role of SGU in the development of science fiction. For me it was when I had the epiphany that SGU is a post- apocalyptic drama.

The sort of drama I love.

The characters find themselves thrown together on a ship on the other side of the universe, the ship is old and resources air, water and food are limited. They have to work together to survive with little or no chance of ever seeing the world they knew again. The band are the usual ill matched combination of skills, experience and temperament that the PA stories make the nuts and bolts of the narrative and instead of facing zombies or mutants they have blue skinned aliens.

Did I mention there were space lesbians.