Are you people nuts?

Obviously not you people who read this, I was referring to these people. For those that don't do links the story is about a group who having decided that they don't trust the very effective and safe chicken pox vaccine and instead not satisfied with organizing a get together at a public venue like McDonalds so their and other children get exposed to a child who currently has has chicken pox.  Did the last fifty years of public health and science just pass these people by, did somehow the 20th century not happen for these people?

Whats worse is instead of hooking up on the new social media ie Facebook to arrange these parties,

I am trying to put together a chicken pox party and am looking for someone to donate their chicken pox to the event. i was thinking of having it at McDonsals or some place with toys to play on. if you know of anyone who would like to contribute or would like more information on a time and place let me know...."


now we even have these folk you don't trust them modern doctor types who,  on a request from a parent will send lollipops that have been licked by children currently suffering chicken pox through the GODDAM POSTAL SERVICE! 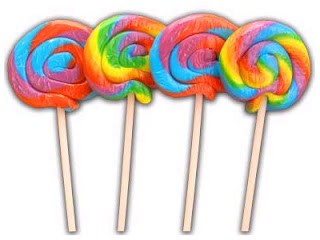 "after a woman in Nashville, Tenn., advertised lollipops contaminated with the varicella virus on Facebook. The tainted pops were intended for parents who want to expose their children to the disease. A Nashville TV station spotted the woman's posts, in which she also offered to ship spit and cotton swabs, all for a mere $50, payable through PayPal. The woman, Wendy Werkit told WSMV reporter Kimberly Curth that she had shipped lollipops that had been sucked on by her children, "so that other peoples' kids can get chickenpox."

I have been unable to link to a facebook site promoting chicken pox parties, only a link to an interest site that warns about the danger, and one that links to a online game starring a cartoon chicken called Pox,  so I am hoping this is all some kind of twisted hoax but there is no mention of it on the scopes urban myth website.

So these folk don't trust the varicella vaccine developed in 1995 and shown to be safe and effective, however they will trust some one so clueless as to send a biologically invective sample unsecured through the mail. As others have pointed out, including a US prosecutor, this is effectively what we all feared bioterrorists would do.

Dr Rafael Harpaz, epidemiologist for the Centres of Disease Control was much more restrained than I would be when he said 'Its an incredibly bad idea for a variety of reasons.... Before the vaccine was licenced, there were on the order of 100 kids (in the US) who died of chicken pox every year. Now there are very few among vaccinated children...Its like playing Russian roulette with your child'.

I was going to post about the family fun Friday movie the_weapon, my_reason_for_living and I went to see  Contagion. But I will leave that for another day.