It's not Crocodiles & Alligators any more

A few months ago I came across this report

"for the third time in just over a month, a healthy human placenta has been found by workers at the Urbana-Champaign Sanitary District. Urbana Police contacted the Champaign-Urbana Public Health District (CUPHD), and the Champaign County Coroner's Office for assistance with this unusual situation".

at the time the question was asked OK mainly over at IO9,

"which mad doctor has been doing experiments with transgenic babies in the sewers again? Seriously, if you're going to be hatching superhuman babies in your underground lair, don't flush the evidence down the toilet, genius/"

Which is where I assume the story would end.

However below is footage posted on youtube from a private contractor using sewer cam to inspect a drain in the sewers under Cameron Village in Raleigh, North Carolina. Yes I realise its a bit blurry but give me a break is a fibre optical cable as thin as a pencil inserted up the rectum of a city -do you really want HD. Honestly watch it, especially when it shudders -

New York State University biologist Thomas Kwak claimed the sewer ball monster, can some one come up with a more mediapathic title for this beastie please? Kwak claimed the monster was thousands of tiny organisms called bryozoans, or moss animacules. "Invertebrates, they bunch together in colonies and feed with tiny tentacles".

Sounds good, plausable after all this is what bryozoans look like, 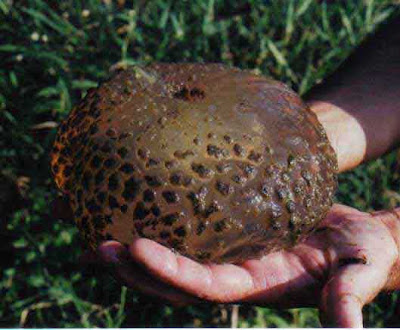 Dr. Timothy S. Wood, an expert on freshwater bryozoa and an officer with the International Bryozoology Association. He said:".....No, these are not bryozoans! They are clumps of annelid worms, almost certainly tubificids (Naididae, probably genus Tubifex). Normally these occur in soil and sediment, especially at the bottom and edges of polluted streams. In the photo they have apparently entered a pipeline somehow, and in the absence of soil they are coiling around each other. The contractions you see are the result of a single worm contracting and then stimulating all the others to do the same almost simultaneously, so it looks like a single big muscle contracting.

Which still leave me unsatisifed,
mainly because all I can think of it they look like
these, and we all know how well that ended. 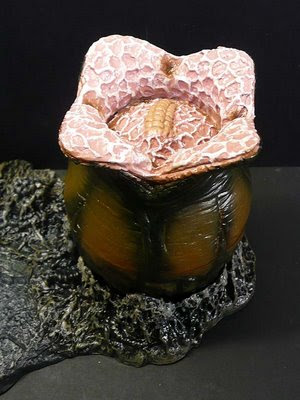