The Miss USA contest and science are two phases you tend not to see together. Some Miss USA contestants have claimed science cred, but when the finalists to the 2011 Miss USA contest were asked "Should evolution be taught in school?" the results were both encouraging and depressing
On the plus side the eventual winner Ms Alyssa Campanella came out and said that it should be taught and later claimed
"I was taught evolution in high school. I do believe in it. I'm a huge science geek....I like to believe in the big bang theory and, you know, the evolution of human beings throughout time".
But she was only one of two who came out unequivocally in favor of teaching evolution in school.
Sigh. 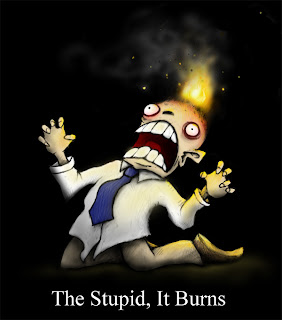 The many other responses where either political weasel words about choice, or openly against such teaching.
Perhaps if the question was rephrased to teaching mathematics in school.

If you want to see the actual responses click here but I think the video above sums it up.
Posted by Unknown at 10:58 AM