Books I am torn

This week we were notified that on speech night  The_weapon is to receive an award for Services to the School at the Falcon Academy. I suspect this is in response to his twelve point action plan for any viral pandemic outbreak which included roving 'Health Monitors' with FULL AUTHORITY (his capitals not mine) to isolate, detain and neutralize any suspected infected. 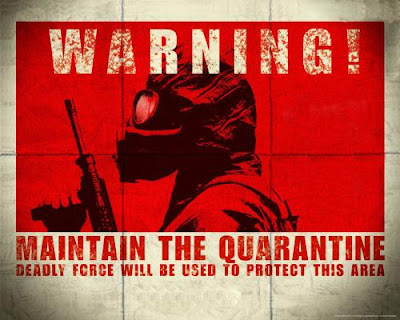 The letter about the award came with a book voucher so we hived off to the local Borders and the_weapon got a bunch of books that will be wrapped up and presented to him by the
Teacher-General of the Falcon Academy on the night.

And here is my problem.

I am currently packing stuff to move to another place. Both my wife and I have always been voracious readers and hence we have a truckload of books we have collected over two lifetimes to pack and move.

I can only hope my son becomes similarly enraptured with the written word. But I think before much longer he will be using e-readers for most of his reading and here is my question. For special occasions such as awards an e-reader text is not going to make much of a memory.

So how do we recognize such an achievement in the world of E-texts? A Platinum Nook, unlikely.

Probably I'd go with some expensive leather bound copy of a book he really likes, but they don't make a hardened MIL-STD-810 ( its book equivalent) edition of Max Brooks 'How to Survive a Zombie Uprising' and he already has attractive hard back editions of The Art of War and The Book of Five Rings.

Any other suggestions?
Posted by Unknown at 9:26 PM